Journalists Not Immune to Qspiracy Madness

Womp, Womp is right. Project Veritas’ big news was they went undercover with a Fox 26 Sales Coordinator / Promo Producer about this Houston Fox Station’s corporate practices. Anyone in the TV industry knows full well that a Sales Coordinator/Promo Producer is very far down a corporate chain and not anywhere near legit source for such information. Project Veritas knows this too, but they didn’t want facts to get in the way of a good story.

This reporter has apparently bought into far-right, QAnon style conspiracy theories or is faking it to get a network job with a far-right “news” network so popular with reality deniers these days.

I don’t know if journalism schools can do more than teach integrity and ethics. Still, I know that most journalists follow them because it is the foundation of good journalism. It’s also why the profession is one in which autocrats, fascists, the corrupt and morally bankrupt fear enough to imprison and kill those who would dare shed light on their dark web of lies.

And why they so readily spread the label “fake news” on anything that doesn’t fit their narrative, no matter how ridiculous the claim.  Many are bound to believe it, not because it’s credible, but because they are weak minded and can’t handle truth beyond their own ideological bubbles.

Yet, with so many journalists fighting for their spotlight and desperate for a following it’s hard to tell if this reporter is simply a fame seeker or truly believes the falsehoods she’s trying to sell. Given her high profile and attention grabbing behavior, I sense the former.

Perhaps what this reporter, and others like her, don’t understand is what a blessing it is to live in a country where you have the freedom and luxury of time to invent boogeymen and conspiracy.

In Russia, China, Cuba, Belarus, Saudi Arabia, and dozens of other countries, no one needs to make up wild conspiracy theories. There is plenty of actual madness to go around already, and to point it out is to risk one’s life. I don’t know this lady, but I’ll bet you my entire savings she’d never have that kind of fortitude. She’s simply another hollow souled, not-so-smart, egomaniac craving of notoriety by any means necessary.

What a luxury to live in the USA, where we are the first to get saved from deadly diseases. And yet tolerant enough to allow vainglorious, egocentric, myopic crackpots and loons to insult our collective intelligence daily on social media even when it results in death and destruction. The misinformation & disinformation this hack reporter would unleash on federally regulated media, if not “muzzled,” is as deadly today as during the Salem Witch Trials. Or when we thought leeches cured disease and cigarette smoking was good for you. Maybe more so.

But alas, she works for a company and that company has a say as to what is and is not journalistically viable. This is called capitalism. So maybe she would be more comfortable in Russia where should cold work for RTN, Putin’s propaganda mouthpiece?

Still the irony is huge. She (who worked in broadcast) gets fired, but Tucker Carlson (who works in cable) gets big money and extended contracts. Loony disinformation is unacceptable on some media but not others apparently. But the damage is the same. 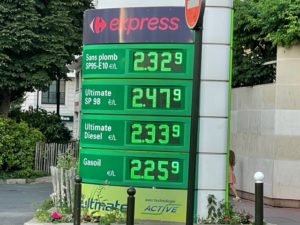 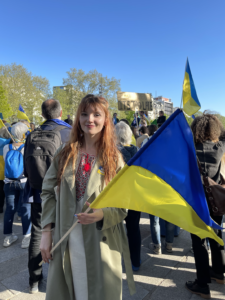 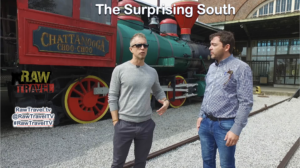